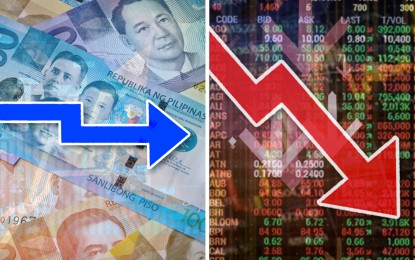 MANILA – Investors stayed at the sidelines partly ahead of the US Labor Day holiday resulting in the negative close of the main equities gauge on Monday but the peso remained firm against the greenback.

Most of the sectoral indexes ended the trade on positive territory with the Mining and Oil rising 2.15 percent; Financials, 0.46 percent; Property, 0.03 percent; and Industrial, 0.01 percent.

On the other hand, the Holding Firms index shed 0.77 percent and Services, 0.34 percent.

Gainers surpassed losers at 95 to 86, while 57 shares were unchanged.

“Philippine shares closed lower with the US on holiday tomorrow and investors statewide waiting for the release of housing and jobs data for Wednesday and Thursday, respectively,” said Luis Limlingan, Regina Capital Development Corporation head of sales.

On the domestic front, Limlingan said investors are waiting for the August 2021 inflation report and the July unemployment data which will be released on Tuesday.

Meanwhile, the peso ended the week’s first trading day at 49.925 to a dollar from its 49.84 close last Friday.