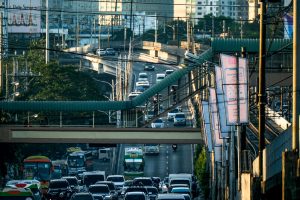 The completion of the P8.79-billion EDSA Greenways project is set for completion by November 2024, according to the Department of Transportation (DOTr). As reported by BusinessWorld, the elevated walkway along Epifanio de los Santos Avenue (EDSA) was initially scheduled to be completed in December 2022, but because the Metropolitan Manila Development Authority (MMDA) now only […]

The post EDSA Greenways Set for Completion By November 2024 appeared first on Lamudi.

Kylie Verzosa Reacts To Critics Of Her ‘Provocative’ Roles

Nationwide Lockdown For Unvaccinated In Germany

20 mins ago
Share this ArticleLike this article? Email it to a friend!
Email sent!